Michael graduated with a BSc from the National University of Ireland and subsequently graduated with a LLB from London Guildhall University. Michael has over 19 years’ experience in dealing with legal costs, both in England and in the Republic of Ireland, and Northern Ireland. He was also among the first Costs Draftsmen in the United Kingdom to qualify as a Costs Lawyer in September 2007. Michael has extensive experience in both justifying and opposing claims for costs in a wide range of civil and commercial matters, and has particular expertise in dealing with claims for costs in clinical negligence. Michael also has extensive expertise in dealing with costs claims against government departments, having been the Principal Legal Costs Accountant to the Commission to Inquire into Child Abuse (‘The Ryan Commission’) in Dublin since 2005, as well as to the State Claims Agency, the Medical Protection Society and the Medical Professional Liability Company (MPLC) and the Directorate of Legal Services in Belfast in respect of Medical Negligence Litigation. 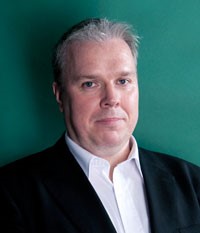